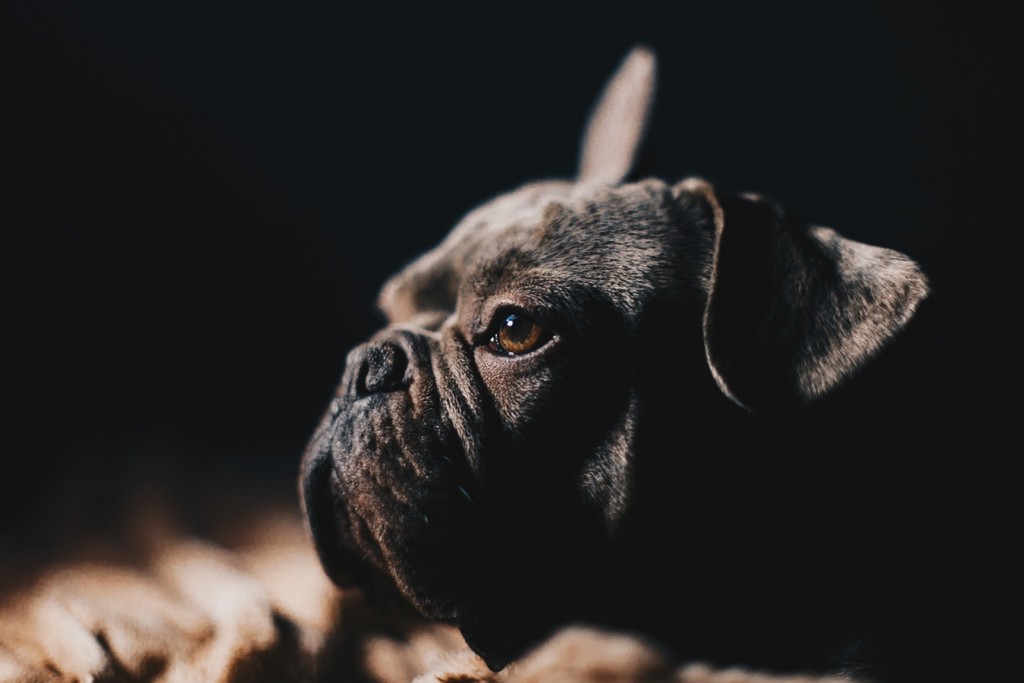 Have you ever, while looking at a snub-nosed dog photo on the Internet, thought it was very cute and charming? Believe me, you are not the only one. Snub-nosed dogs, such as pugs, bulldogs, boxers, Pekinese, griffons, and other breeds, subconsciously remind us of a cute monkey or even a child / baby. Not to speak about funny sounds they air – loud breathing, snoring or snorting. However, in finding out where all these sounds come from and how snub nose affects animal’s well-being, all „cuteness “disappears at a glance.

Among snub-nosed dogs, scientifically known as brachycephals, there is a particularly widespread brachycephalic airway obstruction syndrome, called BOAS (Brachycephalic Obstructed Airways Syndrome). The physiologically short, flattened or, in some cases, compressed muzzle, narrows or even blocks animal’s respiratory tract. Continuous heavy breathing, panting, shortness of breath, snoring, wheezing, and suffocation are just the tip of the iceberg of all the problems often encountered by a snub-nosed dog. Usually such dogs tire out quickly because their body is unable to supply the right amount of oxygen; as a result even with a little physical exercise their heart rate increases thus leading to an increased risk of heart attack. Because of the limited physical activity, dogs are very often overweight, which negatively affects the joints, the digestive system, the heart and the general well-being of the dog. At high temperatures, dogs are not able to cool properly by panting and often suffer from overheating. Often brachycephals experience various eye-related problems. Irregular structure of dogs’ skull causes wrinkles, over-compressed eyes, easily mechanically damaged (because of skull form) bulging eyes, frequent mechanical eye injuries, blocked tear ducts, and even blindness in the long run. One of the most common snub-nosed dog complaints is dental and jaw problems; due to irregular occlusion, teeth are often curved, jaw joints are overloaded and this causes pain and early loss of teeth. In addition, pathologically short jaws and altered oral cavity complicate eating, and sometimes even drinking – the dog is literally choking, causing food or water to enter the airways. It is also worth noting that due to irregular and complicated breathing, airways illnesses and allergies are more frequent.

After years and years of careful selection process to achieve the desired physiological characteristics, the man has created a “masterpiece” that would never have appeared in natural environment. The foundation of natural selection is simple – only the best-adapted specimen are destined to survive. It means that only the healthiest, strongest, most resistant, capable of adapting easily to changing environmental conditions and most enduring animals will survive; unfortunately, the man does not abide this principle.
Over the past century, most of the snub-nosed dog breeds have been bred to create a dog with more and more snub nose to make it more attractive and popular. The primary original purpose of the dog as a partner in hunting, a protector of homes and their owners, a guardian and tenderer of grazing cattle and exterminator of rodents or other uninvited “guests“ have long been discarded and appears not so important.

Today, it is more important for a dog to have an exceptional and captivating appearance; also, preference is given to small size dogs who can be carried around as plush toys. Few cares that because of the compressed / reduced posterior part of the body, which is characteristic for pugs and part of bulldogs, the dog may suffer from serious hip joint and spinal problems throughout his life. Today, it is more important to place a video in social networks that captures a bulldog snoring louder than the tractor than to look for reasons why the dog snores and how to alleviate his discomfort.

To ensure dog welfare, one should think not only about super owners, spacious homes, balanced nutrition, proper care, but also about what determines the physiology of the dog, its predisposition to various diseases and potential deformations. When choosing a new family friend, we encourage you to examine carefully the physiology of the future pet and the potential risks associated with it.

If you own a snub-nosed dog, pay regular attention to his breathing, also if he snores while sleeping. It is also worth noting that the problem of breathing may arise not only during sleep – normal dog breathing is hardly audible, except when the dog feels hot or after a very intense activity, but then you should only hear just audible breathing without any extraneous sounds – snoring, squatting, wheezing or the like. If you notice that your pet is heavily breathing, suffocating, flicking or snoring, be sure to consult a veterinarian about the airway obstruction. Be careful during warm season and try not to leave your pet in a hot environment, also help the dog to cool down. Observe your pet when he exceeds normal physical exercise, whether it gets tired too fast and starts to suffocate. It is not normal for any dog to snore and breathe heavily; if a dog does all this, it is a sign that a puppy is suffering from brachycephalic obstructed airways syndrome and needs urgent veterinary help.

We discuss snub-nosed dog physiology with dog behaviour specialist Ugnė Nedzinskaitė:
“If we were to look at the situation from the perspective of the five animal freedoms, brachycephaly strongly violates at least three of them, and the remaining other two are also affected.
Freedom not to suffer inconvenience – aggravated vital functions such as breathing, nourishment and drinking are in itself a major inconvenience, which in turn causes secondary inconvenience – restricted movement.

Freedom not to feel pain, not to be hurt, not to be sick – we would consider a person with innate brachycephalic pathologies (jaw deformities, obstruction of airways, stenosis of the nostrils, bursting eyes, etc.) disabled or at least sick. Paradoxically, our beloved pets tend to be deliberately maimed for the sake of strangely perceived beauty.

Freedom to behave naturally – for a natural dog what we call “a snout” is a multi-function body organ meant for eating, drinking, breathing, taking things, carrying and communicating with other dogs or people. In other words, for dogs, the muzzle is not only “a mouth”, but also “hands”. Due to the shortened jaws, many brachycephalic breeds have actually lost their “hands” function, which significantly limits natural behaviour of the dog. Deformed jaws limit the ability to change the expression of the muzzle and emit unusual sounds such as snorting, grunting, and so on. These dogs often have communication problems with other dogs.

Freedom from feeling fear/ stress – whether complicated breathing, choking by food and water, itchy skin wrinkles, pain caused by irregular teeth are the reasons for stress, you can easily ask yourself.

Freedom not to feel thirst and hunger – brachycephalic dog’s nutrition requires special attention. If the owner does not give it a sufficient importance, the risk that such dog will suffer from malnutrition will be higher than the dog’s with a usual head shape. It is true that this is influenced by the above-mentioned nutritional and drinking disorders, which are characteristic of snub-nosed dogs”.

The form of dog nostrils can also provide information about possible respiratory pathologies. Naturally, the nostrils should be open and round, Slot formed or elongated nostrils indicate existing breathing problems. True, even in the case of seemingly normal nostrils, the problems can lie deeper in those areas of the respiratory tract that are not visible to the naked eye, such as soft palate pathology or general airway constriction. The breathing of some snub-nosed dogs is so complicated that they cannot sleep in the normal position without losing breath. So the videos that show dogs snoring in a sitting or other unusual position are not funny – the animals are suffocating in a literal sense.

In summary, it can be emphasised that no animal should suffer, and especially due to the physiology that is determined by targeted human selection. Let us not forget that, despite the fact that it is common for us to see snoring bulldog or a pounding pug, it is a suffering for them. We encourage you not to contribute to the deliberate mutilation of animals and to consider all the pros and cons before purchasing a new family member